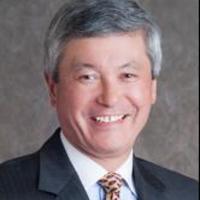 After completing his undergraduate education at the Massachusetts Institute of Technology in 1973, George Bolen, M.D., pursued his Doctor of Medicine at Yale Medical School, graduating with honors in 1977. He served as a major in the U.S. Air Force Medical Corps from 1982-1986, before entering private practice in the Washington, D.C., area. Dr. Bolen is a diplomate of the American Board of Internal Medicine, with certification in Internal Medicine and Gastroenterology. He has been appointed to the teaching faculties of George Washington University School of Medicine and Georgetown University School of Medicine as an assistant clinical professor of medicine and is a member of numerous local and national professional societies. His professional interests include general gastroenterology, hepatology and clinical research.

Dr. Bolen is married and has a son. His personal interests include golf, music and travel.